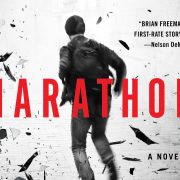 The e-book edition of the new Jonathan Stride thriller MARATHON arrives in the UK and Australia today….get it on your Kindle at a great price!

“Gripping… Besides being a chilling reminder of what can happen in our divided society, the book is a fast, compelling read.”–Publishers Weekly

Find out more at: http://www.canelo.co/books/marathon/

Some more great reviews for MARATHON this week. Make sure it’s on your summer reading list!

“With strong characters and a propulsive plot, this thriller races to a breathless finish before truth becomes collateral damage.” – Star Tribune

“One of the top writers in the genre today….Freeman’s MARATHON is a firecracker that doesn’t exploit the headlines as much as blows them apart and delves into the topics that really matter – all within a story that never lets up.” — Cemetery Dance

I’ve been telling readers at all my tour events that MARATHON was written for book club discussions.

It’s a book designed to get people talking to each other.  It’s filled with characters making good and bad choices — and with characters you may love or hate at different points throughout the book.  Agree or disagree, you will want to share your thoughts with your friends about how this book reflects today’s society.

I’ve added book club discussion questions to the MARATHON page on my web site to help guide your meeting.

And why not ask me to be a part of it?  I feel so strongly about this book that I’m asking book clubs around the country to put this book on their list — and then invite me to join the discussion by FaceTime, Skype, or phone.  You can reach me via the Contact page on the website.  Let’s talk!

The wait is over!  My new Jonathan Stride thriller MARATHON is available now in e-book, hardcover, and audio.

This is a very important book for me.  It was clearly inspired by the events in Boston four years ago, but I made a decision early on not to write a book simply about terrorism.  We have many fine thriller writers who have covered that ground.  I wanted to write a very different kind of book — one that deals with hatred in its rawest forms and shows how hatred becomes a self-perpetuating cycle of violence and revenge.

I also wanted to shine a spotlight on how social media has changed the way we relate to tragedies.  In MARATHON, the “incident” deliberately happens off-stage, and the reader discovers that something has occurred through “tweets” — much the way we find out about shocking news in real life.  Social media platforms like Twitter and Facebook have become our source of news, but along with the hard information, there is also rumor, misinformation, and wild speculation.  That’s a dangerous combination.

MARATHON is made for book clubs.  You’ll find book club discussion questions on my website.  This novel is intended to get people talking about the things that divide us and the things that bring us together.  I hope you’ll add it to your list this year (and if you do, feel free to invite me to join your discussion by FaceTime or Skype).

Don’t forget to post your own reviews, too, at Goodreads, Amazon, BN, and other readers sites.  Your feedback really does make a difference. 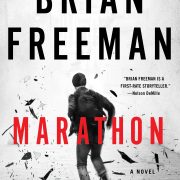 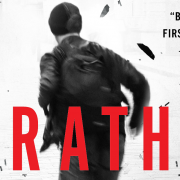 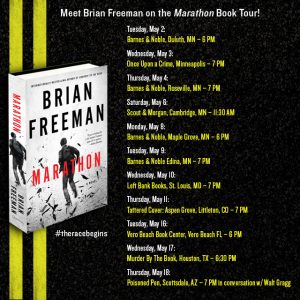