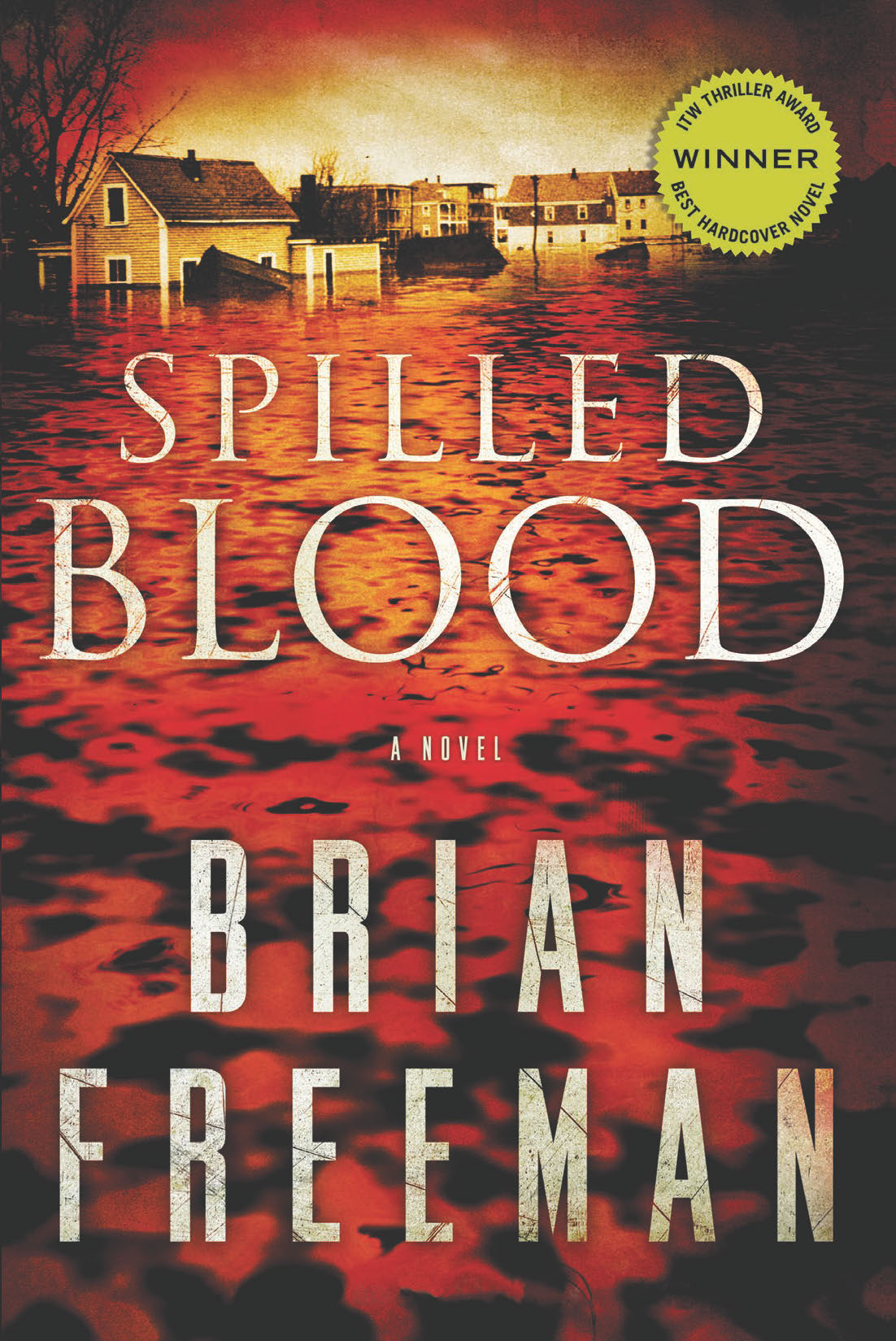 It’s every parent’s worst nightmare. Christopher Hawk’s daughter has been accused of murder, and she looks guilty as sin.

Chris rushes to the rural badlands of southern Minnesota, where his ex-wife and his only child, Olivia, now live, determined to defend his daughter. He discovers two towns at war: Barron, where a chemical company has brought jobs and money, and St. Croix, Olivia’s downriver home, where the same chemicals are believed to have brought death, in the form of a cancer cluster with mysterious origins.

Olivia is at the center of the feud, and so is the girl she’s suspected of killing. If Chris is to find out what really happened, he needs to learn everything about his daughter… but he’s beginning to realize he hardly knows her at all.

Chris wants to believe Olivia is innocent, but belief is only the first step. Now he has to prove it. And all the while, her enemies are waiting, baying for her blood…

“Spilled Blood is everything a great suspense novel should be: gripping, shocking, and moving. Brian Freeman proves once again he’s a master of psychological suspense, as he layers one family’s crisis with an entire town’s drama, building to an epic crescendo of rage, revenge and redemption.”

“Suspense doesn’t get more excruciating than this….Reading this novel is like walking a tightrope in a high wind. Don’t miss it.”

“Harrowing…Freeman ratchets up the suspense steadily, and then provides a cataclysmic ending.”