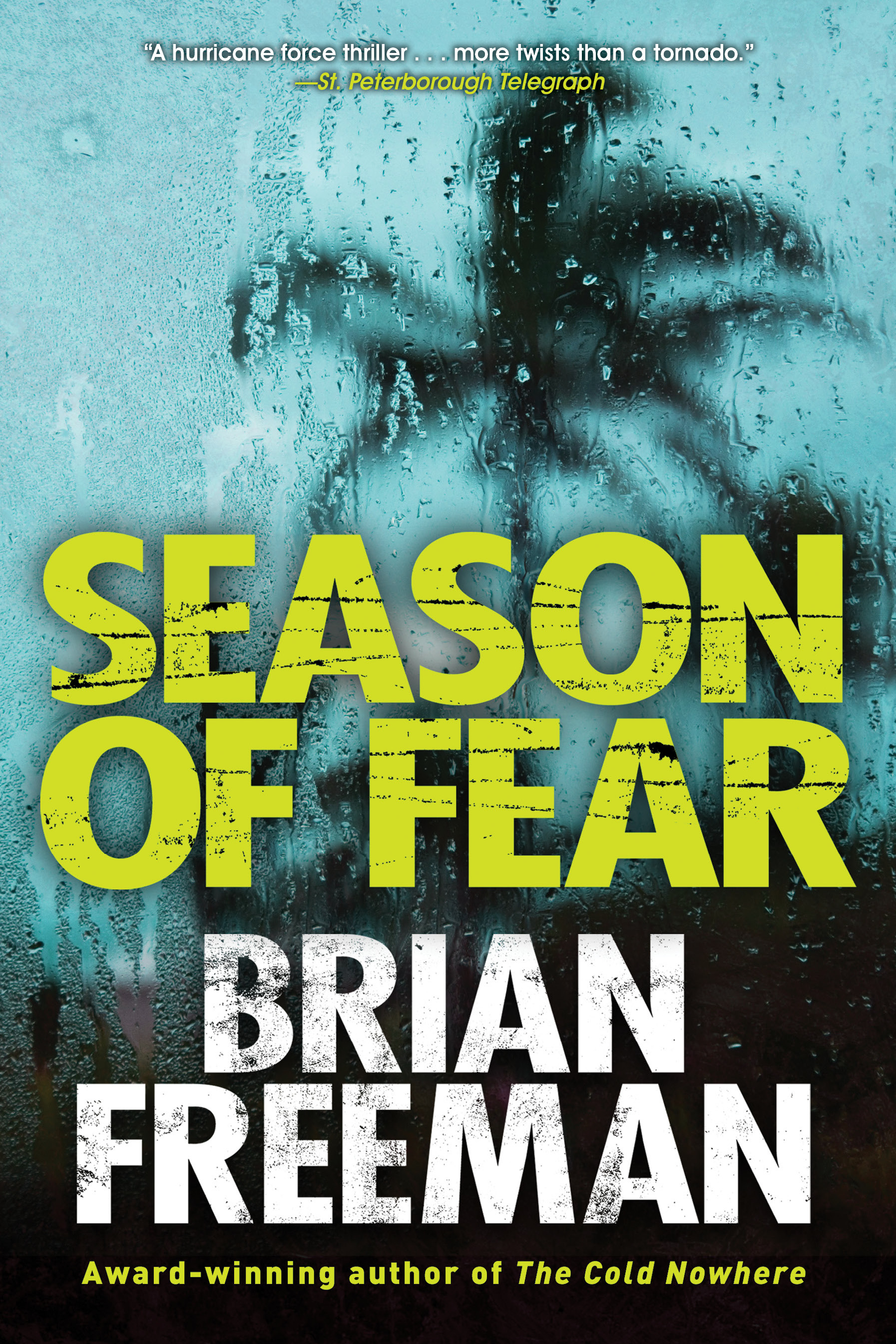 Ten years ago, a political fundraiser in Florida became a bloodbath when a hooded assassin carried out a savage public execution. Now history is threatening to repeat itself. The widow of one victim, running for governor, has received an anonymous threat – a newspaper clipping from that fateful day, along with the chilling words I’m back.

Detective Cab Bolton agrees to investigate the threat against Diane Fairmont, but Diane has a complicated history with Cab’s mother, Hollywood actress Tarla Bolton — and with Cab himself. He’s also entering dangerous waters. Diane’s political party is swamped in secrecy, and one of its junior staff is asking very sensitive questions about the death of a party employee.

Both Cab and this young researcher, Peach Piper, are digging up dirt that ten years can’t wash away. As the powerful crosswinds of state politics swirl around Cab and Peach, and a violent tropical storm descends on central Florida, this whirlwind will unearth a poisonous conspiracy and reawaken a killer who has lain dormant for a decade.

Finalist for Best Audiobook of the Year in Thriller/Suspense

Finalist for the Minnesota Book Award

“SEASON OF FEAR has it all…It also contains what is the best Epilogue I’ve read in years.  Or maybe ever…Throw in a complex and truly puzzling mystery…and you have an ambitious, complex and eminently readable novel that will keep you reading all night long.”

“A hurricane-force thriller….more twists and turns than a tornado.”

“This is a thrilling read that only gets better and better as the story unfolds. Do not miss SEASON OF FEAR.”

Goodbye To The Dead
Scroll to top
X
X