Blog - Latest News
You are here: Home / The Author's Wife / What’s in a Name?

Brian is known for using unique names in his books, so one of the questions that he’s often asked is whether any of the characters in his books are real…or based upon people that we know. The answer to that is generally no…but he has been known to use the names of a few real people that we know or have encountered. (Perhaps you’ve even noticed a familiar name or two over the years.)

Sometimes there are fun stories behind Brian’s choice of names…and his newest book, ALTER EGO, has a great story behind the names of two of the leading characters. Last spring, Brian and I were approached by the director of the Duluth Library Foundation to see if he would not only participate in their Fall fundraising event, but also whether he would also be willing to “auction off” the chance to become a named character in his next Jonathan Stride book. Of course, he jumped at the opportunity to help support such a worthy cause…! 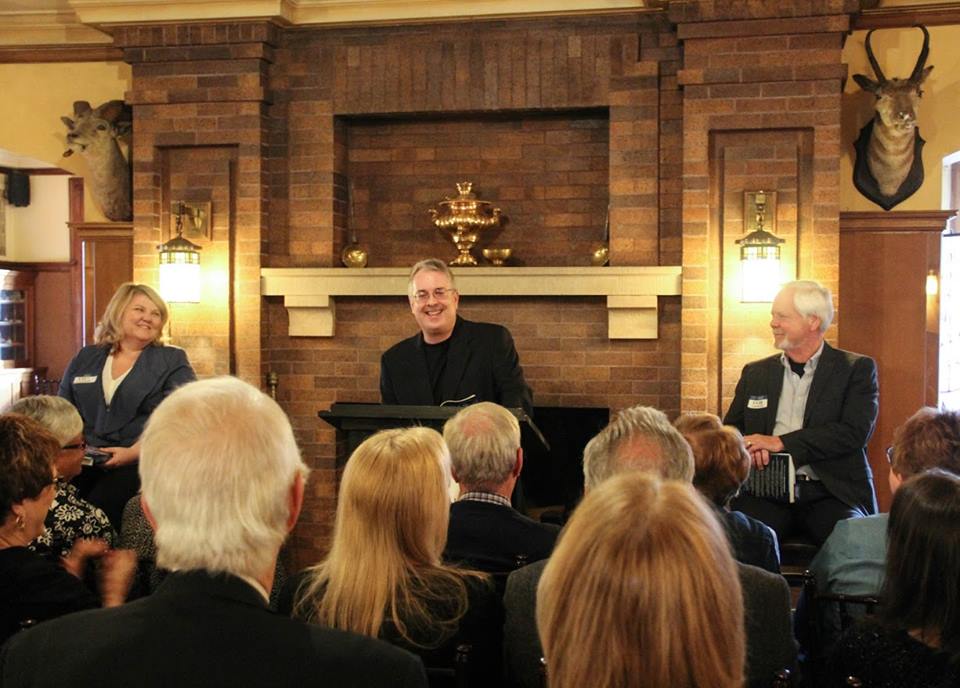 A live auction was planned…and the bidding started with a number of folks jumping in with their bids. As the bids went higher, it became obvious that there were two people who were intent on winning. A hot and heavy bidding war between these two ensued. In the end, the winner was Lori Fulkerson…who was thrilled with her triumph. But then, in a surprise—and very generous gesture—the second bidder approached Brian afterward to ask whether, if he still gave his final bid amount, would Brian also let him be a named character in the book? Of course, since the ultimate winner would be the library foundation, Brian said yes…! And so, Dean Casperson became the name of another major character.

But here’s the twist…Lori and Dean didn’t know what kind of characters in the book would be named for them…!

This secret was kept from them…until the book was released. As a part of the launch for ALTER EGO, the Duluth Library Foundation held a second fundraising event at Glensheen–with Lori and Dean and in attendance—and Brian was invited to publicly reveal their characters. It was a sold-out event and everyone was thrilled with the revelation…including Lori and Dean. And of course, the best part was that it was all for a good cause…more than $6,000 was raised for the foundation.

Of course, if you’ve already read ALTER EGO, then you know which characters were named for Lori and Dean…but if you haven’t, now would be a great time to pick up a copy to find out…!