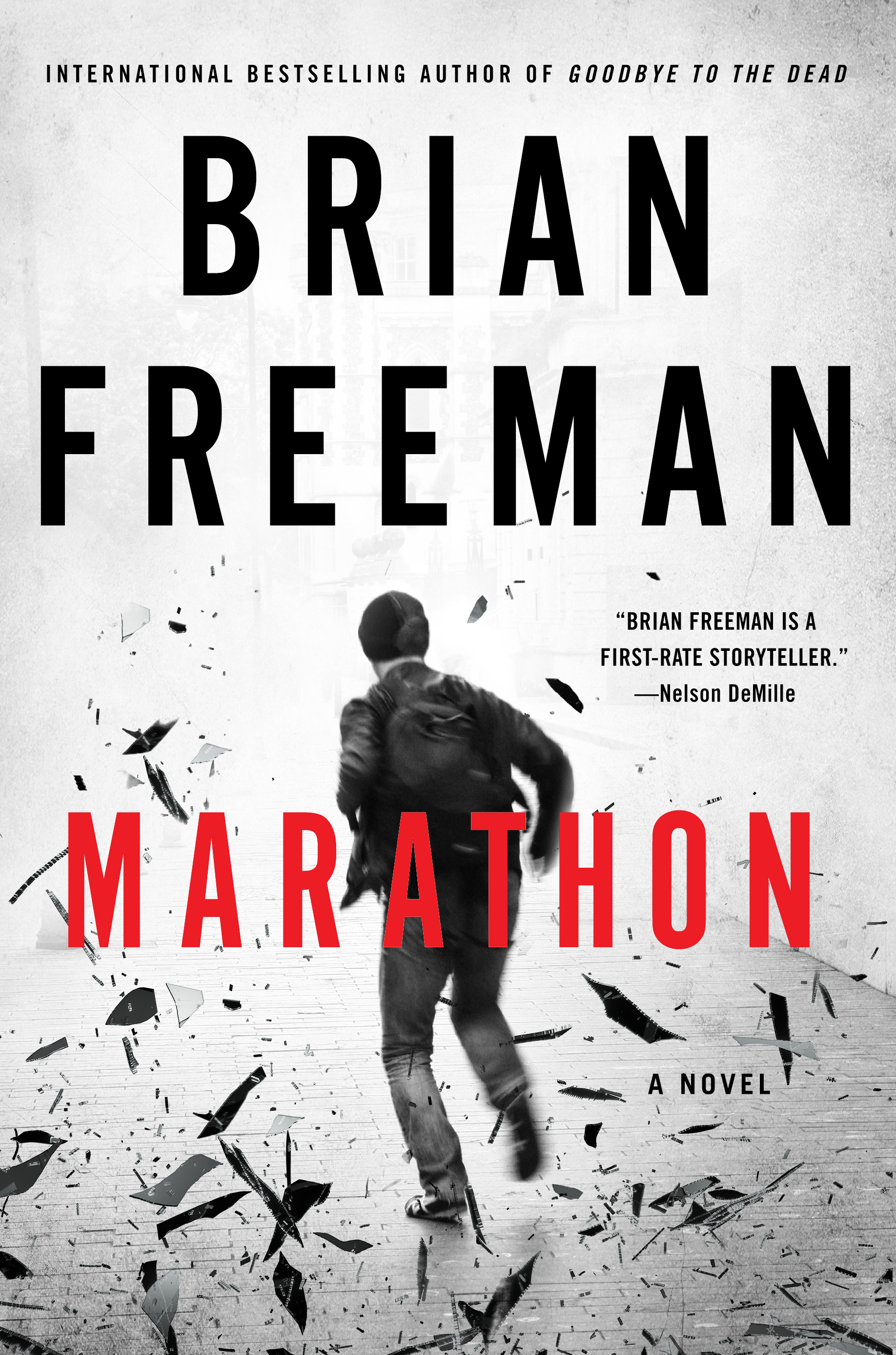 A THRILLER RIPPED FROM TODAY’S HEADLINES

June morning, tens of thousands of people crowd into Duluth for the city’s biggest annual event: the Duluth Marathon. Exhausted runners push to reach the finish line and spectators line the streets to cheer them on. Then, in a terrifying echo of the Boston bombing, there is an explosion along the race course, leaving many people dead and injured.

Within minutes, Jonathan Stride, Serena Dial, and Maggie Bei are at work with the FBI to find the terrorists behind the tragedy. As social media feeds a flood of rumors and misinformation, one spectator remembers being jostled by a young man with a backpack not far from the bomb site. He spots a Muslim man in a tourist’s photo of the event and is convinced that this was the man who bumped into him in the crowd–but now the man’s backpack is missing.

When he tweets the photo to the public, the young man, Khan Rashid, becomes the most wanted man in the city. And the manhunt is on.

But are the answers behind the Duluth bombing more complex than anyone realizes? And can Stride, Serena, and Maggie find the truth before more innocent people are killed?

“Gripping….Besides being a chilling reminder of what can happen in our divided society, the book is a fast, compelling read.”

“With strong characters and a propulsive plot, this thriller races to a breathless finish before truth becomes collateral damage.”

2018 Outstanding Novel Based on Real Events

“A suspense-filled page-turner with complex characters, misdirection, misinformation and even a manhunt through the streets of Duluth”

“Freeman builds on his torn-from-the-headlines story with a surprising resolution and a healing conclusion.”

“The well-thought-out plot here takes many different twists before the truth is revealed.”

“Once you start you will sprint through the pages….MARATHON is a fascinating, captivating and involving thriller/procedural.”